The origin of Salumificio Subalpino 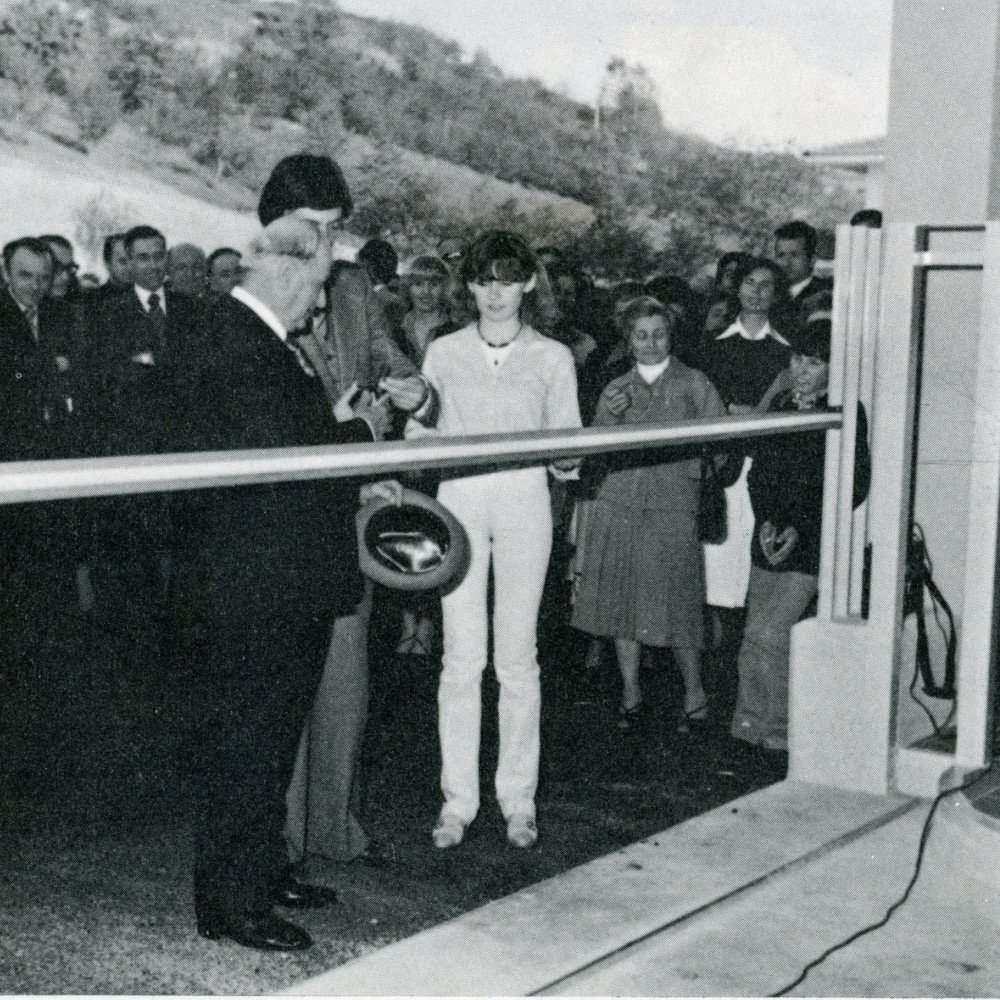 From Ricca d’Alba, its sales market extended to the provinces of Cuneo, Turin, Asti, Alessandria, Pavia, Savona, Imperia and Genoa.
In addition, it supplies fresh thighs to other cured meat factories in the provinces of Parma and Modena for the production of raw hams.

The history of Salumificio Subalpino albiet quite recent, deserves to be told all the same.
In these times of crisis, redundancy and unemployment, this success is a significant fact, of extraordinary importance and relevance. It means jobs and well-being.

At Ricca d’Alba in 1978, during a solemn ceremony for the inauguration of the new headquarters of Salumificio Subalpino, Mr. Sobrero, Mr. Gasco and Mr. Robaldo, the president of the Cuneo Chamber of Commerce, Mr. Oddero, the mayors of Alba, Diano and neighboring towns, town councilors, civil, military and religious authorities, as well as many representatives of the economic world were present.

He expanded little by little, opening the industrial activity in warehouses adjacent to the store a few years ago. With the new, modern and spacious factory, Salumificio Subalpino has tripled its production and has increased the number of jobs from twenty-five to more than fifty as expected.

«In these times of crisis – said the mayor of Diano, after the ribbon cutting -, it is comforting to see new industrial complexes being born in our country. This means new jobs, prosperity, willingness to do something that serves the community. Today, work is the most important thing in the nation».

Mr Sobrero recalled how Carlo and Maria Alessandria, through many sacrifices, had gone from being small retailers to industrialists. Mr. Sobrero emphasized that private initiative and the will to work in our areas must be an example to the entire nation, particularly in this moment of apprehension. He concluded by inviting everyone to isolate and fight those who tend to demolish our society. Mr. Robaldo recalled when Carlo Alessandria would go from fair to fair in the Langhe to purchase the best pigs.
The new plant was soon up and running. It began with a slaughtering of 560 pigs a week, then increased and the salumi of the Langhe, through an ad hoc commercial network, soon reached every center of the nation.

«Also through the Salumificio Subalpino – as the president of the Chamber of Commerce said – Alba will carry its name high in the world». Those inaugural speeches two or three years ago, even if improvised for the occasion, were valuable for the company and its owners.

Today, Salumificio Subalpino has a very rich catalog of products, ranging from raw and cooked ham, normal and defatted, to salami, sausages, zamponi and cotechini.
These products feed a large part of the Italian population with a turnover, as we were saying, of several billion. This market success is certainly the best reward, the right compensation for the work and sacrifices of the owners and workers.